CSMART's mission is to be a leader in developing and delivering professional training and set the global standard in the maritime industry by: 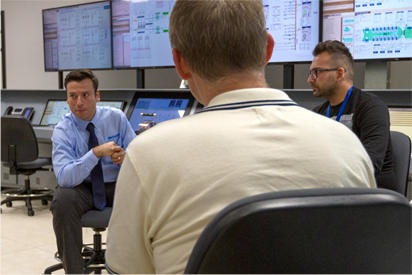 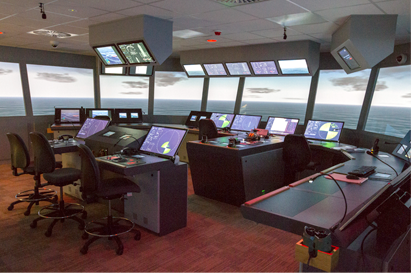 In 2007, nautical educators had evaluated the bridge and safety management practices on board ships of P&O Cruises and Princess Cruises. The educators agreed that each ship operated to a high standard of traditional navigation.

However, with today’s evolution to operate large cruise ships in ports with minimal operational margins, they believed it was essential that navigation and maneuvering be carried out with high precision using all available resources. Next to that, it became apparent that bridge practices must keep abreast of the times, preferably be ahead of them. The educators' recommendations included officer understanding of bridge navigation equipment, new bridge organization and procedures, and simulator training.

To meet these recommendations, P&O Cruises and Princess Cruises set up a training center with actual bridge equipment and a layout identical to the bridges on board the most modern vessels. In July 2009, the CSMART facility opened, forming the foundation for today’s Arison Maritime Center. 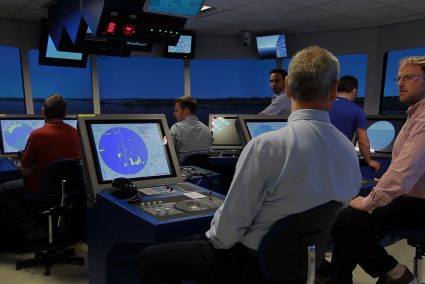 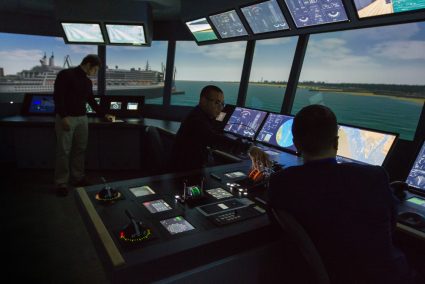 CSMART Academy began pioneering a role-based bridge management system in 2009 for P&O Cruises UK and Princess Cruises. As of 2012, the center expanded training to bridge and engineering officers from all of Carnival Corporation’s global brands – providing an across-the-board foundation for safety, sustainability and operational excellence in maritime operations. This role-based resource management approach focuses on officers operating as a coordinated team, with each officer assigned a role for specific functions instead of operating according to the traditional hierarchical system.

The role-based system was built on the airline industry model by using navigator and co-navigator roles. The navigator, who is “conning” the ship, is required to verbally communicate his or her  intentions to the co-navigator, whose tasks include monitoring, cross-checking and supporting the navigator. As needed, they are supported by the operations director, mostly the captain or the next highest ranking officer in line, who maintains  overview and provides guidance. The operations director can step in at any time depending on the circumstances. An administrator to manage alarms and internal communications, a helmsman and a lookout complete the bridge team.

As part of the role-based approach, CSMART Academy introduced new ways of communicating intentions in order to reduce any confusion. This includes pro-actively encouraging team members of all ranks and seniority to speak up to challenge or question a decision and using the “Thinking Aloud”-concept by the navigator to verbalize intentions, reasons and expected outcomes.

These fundamental changes were introduced in several stages, starting with the development of new bridge procedures for normal, abnormal and emergency operations. Training also incorporates insight on human performance and its limitations. The implementation of the role-based approach has resulted in a higher level of safety and operational excellence, with officers making effective use of the new structure and constantly evolving technology.

As Carnival Corporation has increased its operations at CSMART Academy, the goal has been to immerse officers from all its brands in the world-class training experience. 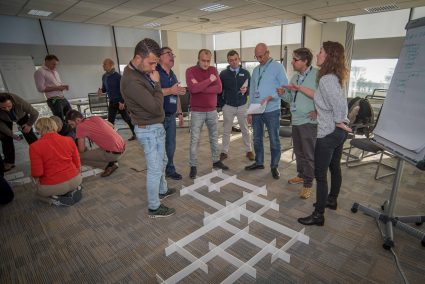 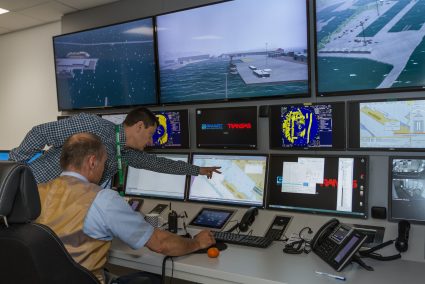 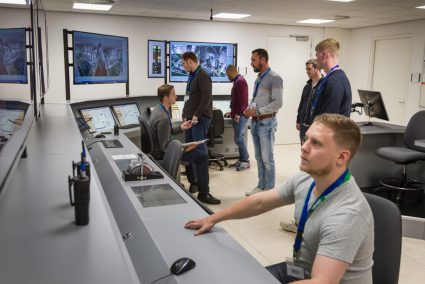 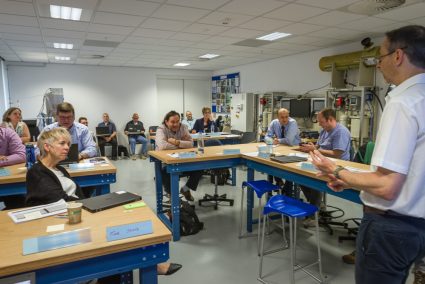 The CSMART Academy has implemented a training environment in collaboration with Transas. The simulators provide a wide array of programming and simulated exercises for various maritime scenarios. Working with the CSMART Academy team, Transas developed 12 cruise ship models and delivered 60 sailing areas and ports around the world, including Los Angeles, New York, Miami, Copenhagen, Stockholm, Singapore and Glacier Bay, Alaska that are specific for Carnival Corporation’s vessel operations.

The full mission bridge simulators are a hybrid of Royal Princess and the ms. Koningsdam from Holland America Line.

The nautical training environment consists of:
• 4 full mission bridges with two additional sets of bridge wings each and a safety center replicating the onboard version
• 8 part-task bridges for specific training and appraisal
• 7 instructor control stations for monitoring and control
• 4 debriefing rooms one for each full mission simulator 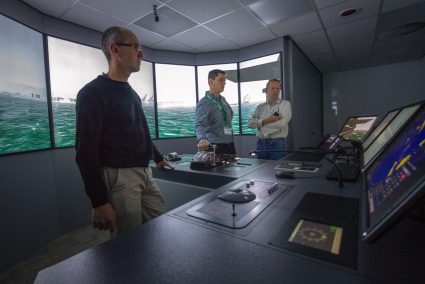 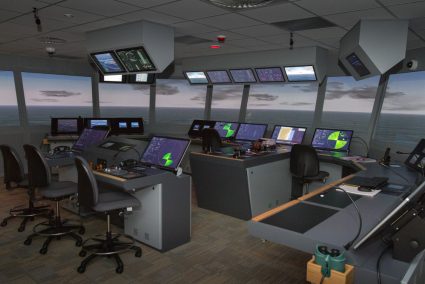 The electrical workshop rooms are used for training and exercises regarding the management of electricity on board. The different simulator panels are used to practice and ensure a safe and efficient electricity handling  and an adequate and quick resolution in the unfortunate case of irregularities.

Like the bridge simulators, the full mission engine room simulators are based on actual ship layouts and systems, scaled to size and representing a diesel electric engine room comprising six diesel generators and two propulsion motors, along with ancillary and auxiliary equipment. These simulators allow trainees to navigate their way around the actual engine room of a ship to operate and repair equipment, with the genuine sights, sounds and even temperatures found in a cruise ship’s engine room. Engineering officers also work on the all-important communications with the chief engineer overseeing the team in the engine control room.

In collaboration with the CSMART Academy team, Transas/Wãrtsila developed cruise ship engine models with different propulsion systems, including a virtual replica of ship automation systems. The TechSim model uses the high tech ‘gamification’ with 3D engine compartments walk-through and usage of avatars controlled via large touchscreens or gaming controller to ensure realistic situational training for engine room and machinery functions. A unique replication of the Safety Management System is based on the real ships application. 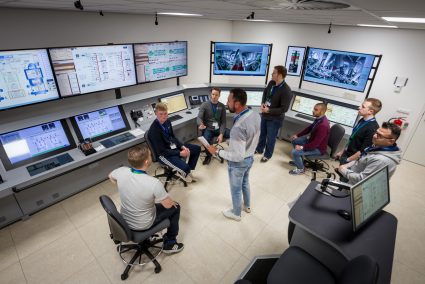 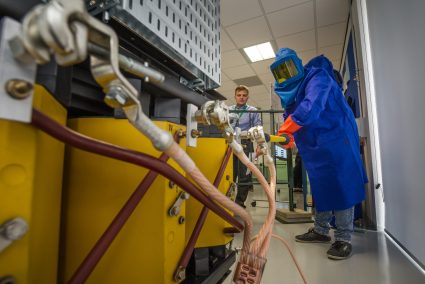 Launched in 2017, the Arison Maritime Center provides the industry’s first Continuous Development (CD) program. The week long program is based on a specially developed curriculum that annually refreshes and evaluates every Carnival Corporation officer.

Designed by the CSMART Academy faculty to meet the complex operations of bridges, engine control rooms/engine rooms and electrical environments on today’s modern cruise ships, the CD program combines recurrent training with measurable assurance that the officers have achieved and are maintaining the training standards, required by their responsibilities.

Completing the CD annually, is a compulsory part of the company’s 'continuous professional development matrix', exceeding regulatory requirements and further establishing Carnival Corporation and its 10 brands as leaders in safety, sustainability and excellence in maritime leadership. 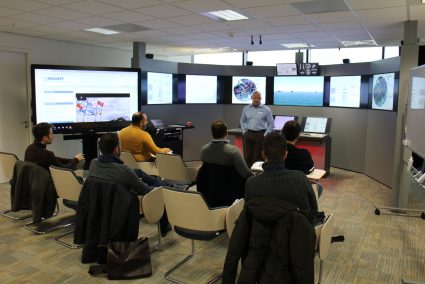 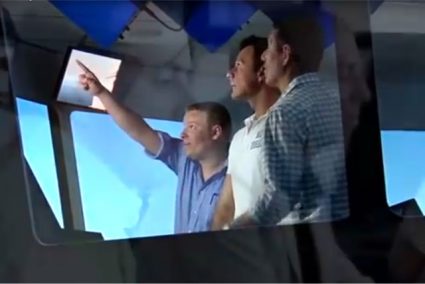 Carnival Corporation's investment in new and expanded training courses is part of the company's long-term commitment to sustainability, responsible operations and protecting the environment, as outlined in its 2020 sustainability goals. In 2017, Carnival Corporation announced it achieved its 25% carbon reduction goal three years ahead of schedule and made additional progress on that goal in 2018, and is on track with its nine remaining 2020 sustainability targets for reducing its environmental footprint, while enhancing the health, safety and security of its guests and crew members, and ensuring sustainable business practices among its nine cruise line brands, business partners and suppliers.

Along with the simulator training, CSMART Academy has 16 large instructional classrooms with video capabilities to review and discuss exercises conducted in the simulators.

Adjacent to the CSMART Academy, the non-commercial CSMART Hotel is located with 176 rooms to accommodate Carnival Corporation officers participating in the training program.

The bridge and engineering officers study an intensive 40-hour course, accredited by the UK MCA, NAPA, ABB, the Netherlands’ Shipping Inspectorate and/or DNV-GL.

The courses are run from 7 AM to 11 PM, almost every day of the week, in three shifts during the day; generally with five hours of practice in the simulators and three hours of theory in the classroom.

To make sure officers reach the training goals, there is always an appraisal at the end of the course and where needed specific training is added to the personal development program. 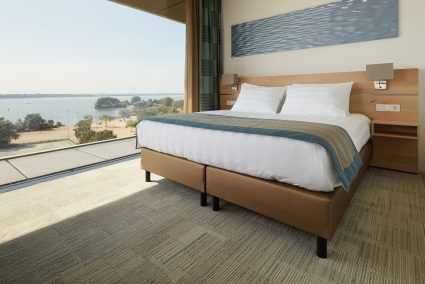 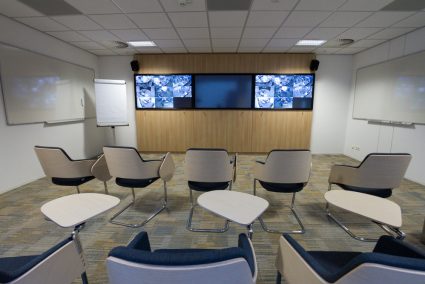 Carnival Corporation partnered with several top Dutch companies to ensure the Arison Maritime Center met the company’s standards for excellence. This included working with real estate company AMVEST  to purchase a seven-acre plot of land in Almere, one of Europe’s newest and fastest growing cities. The center’s campus and buildings were designed by Paul de Ruiter Architects, and construction company Dura Vermeer built both the academy and the hotel. The design and construction meet the rigorous environmental and sustainability standards required for the LEED Gold certification.

At around 11,000 m², CSMART Academy enables Carnival Corporation to train more officers more often and provide more real-time feedback to officers than ever before. 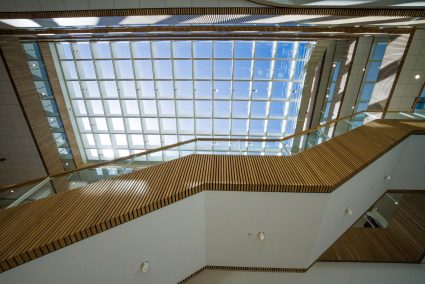 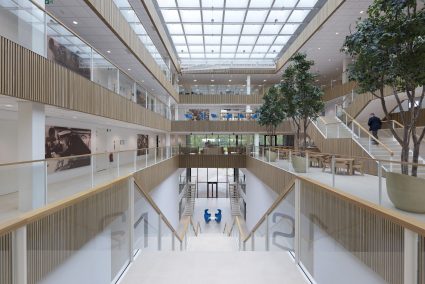